Play Keno on Gameseek and you can play without the installation of any software needed and totally for free without the need to add real money. Instead you can play right now in demo mode with our wide selection of online Keno and other casino games. Bet with no registration and see if you win big on Keno. 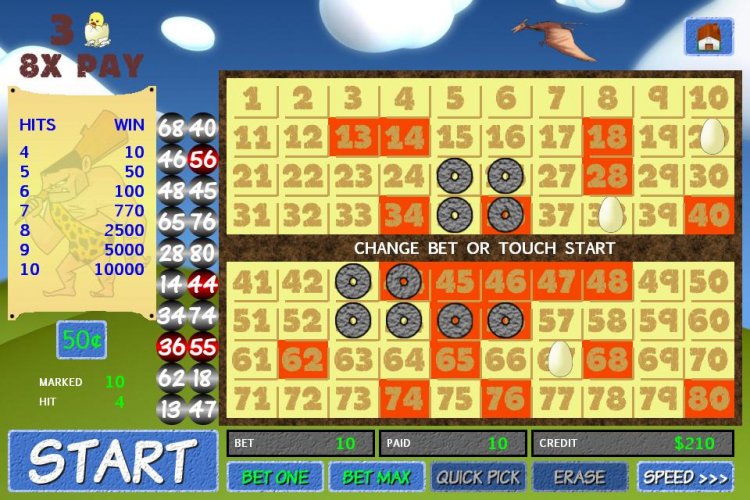 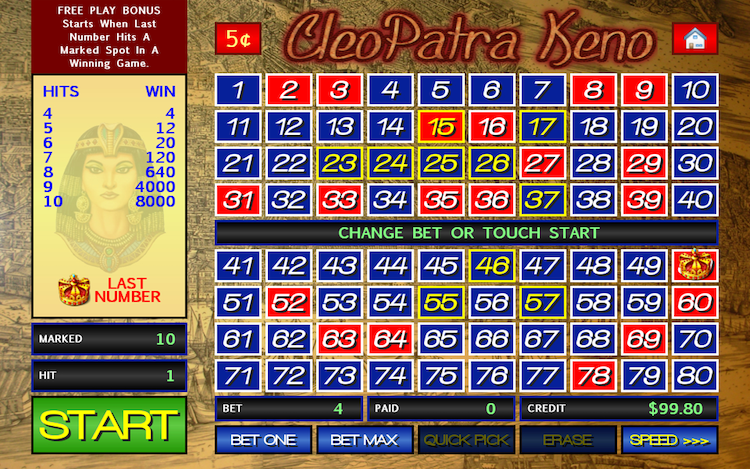 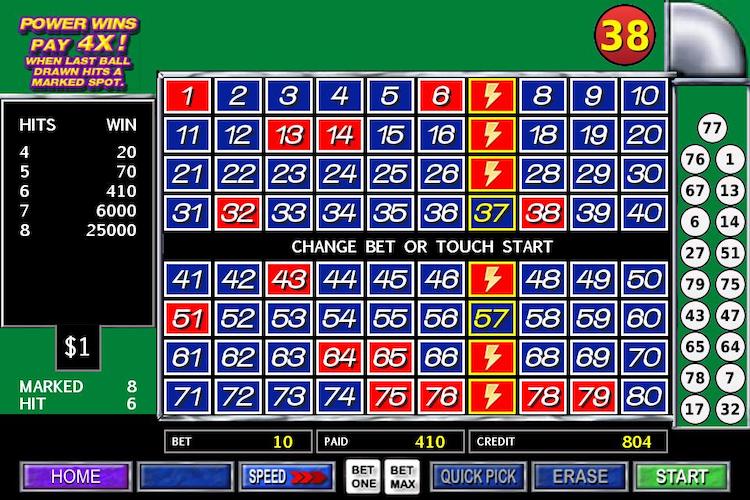 In essence, Keno is a very straightforward lottery-style game. If you're familiar with Bingo, you know the rough concept behind Keno.

To play, you select numbers from tickets. Usually, the numbers range between 1 and 80, although some online Keno games offer variations on this.

After all the selections are made, 20 numbers are drawn at random. In traditional Keno, these numbers are often drawn from a dome, similar to a lottery, but online Keno often has more creative methods.

After the 20 numbers have been drawn, players receive payouts based on the total quantity of numbers they selected, how many matches they get and the payout table in effect for that particular Keno game.

Now that you know the basic concept behind Keno, what are the specific bets you can make?

Although Keno is a simple game, the fact that there are 80 potential numbers to choose from, and the ability of the player to pick different quantities and combos, means betting is less straightforward than it might first seem.

Here is a full guide to the bets you can make on a round of Keno.

Online Keno has a lot of different game types. Why not try out several? This is the best way to discover the type of Keno bet you enjoy the most.

So how should you approach betting on Keno? Which type of bets pay big returns, and which are less likely to come in?

Before we delve deep into the ways to get maximum value from your Keno wagers, let’s consider a typical payout table to guide you in the numbers you select.

Although 20 numbers are drawn in a typical round of Keno, players don't usually select 20. Choosing between one and fifteen numbers is more common.

Check the exact paytable for any Keno game you are considering playing, but here are some rough odds for you to work with:

So what is the best approach to winning at Keno?

Because the game is truly random, there is no particular method or strategy to use. Instead, it's more about trying out different quantities of numbers and seeing which approach produces the best results for you.

Some players like to pick a series of consecutive numbers, so give this approach a go and see if you enjoy it.

Also, keep an eye out for online Keno games offering special selections or better odds. Some games will allow you to automatically select the first or last 40 numbers, for example.

Right now the biggest and best UK Casinos have exciting Keno games and offers for you to try. As a new player you can often win big with bonuses and special deals.

Above all, make sure you play for free online first. This is the best way to get a feel for Keno before risking your real funds.

What are some types of Keno?

What are some of Keno’s betting options?

What is the best strategy for Keno?

Keno is mostly a game of luck but you can follow these tips when playing: Do not pick too many numbers, know the odds, use multi race cards

What are the luckiest Keno numbers?

According to recent statistics, the luckiest Keno numbers are: 27, 3 , 35.
FILTER