[facetwp template="bookie_btn"]
Added to your favorites

If you’re interested in playing Carribean Poker, you can get started right away on Gameseek with no download needed. You can also bet for free in demo mode without any need to use real money. Check out our amazing selection of Carribean Poker games and play online without registration right now. 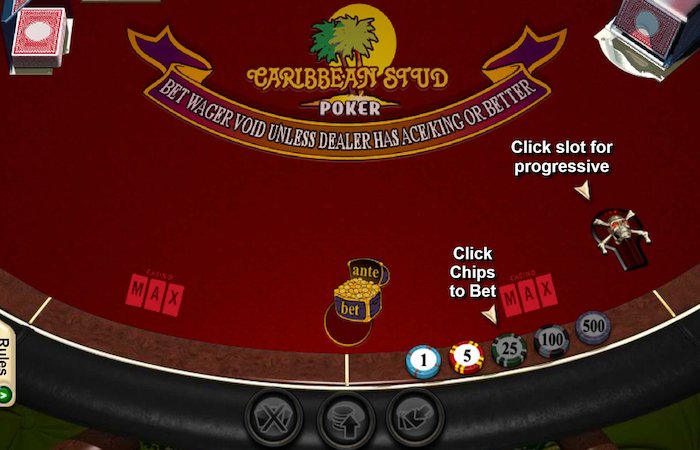 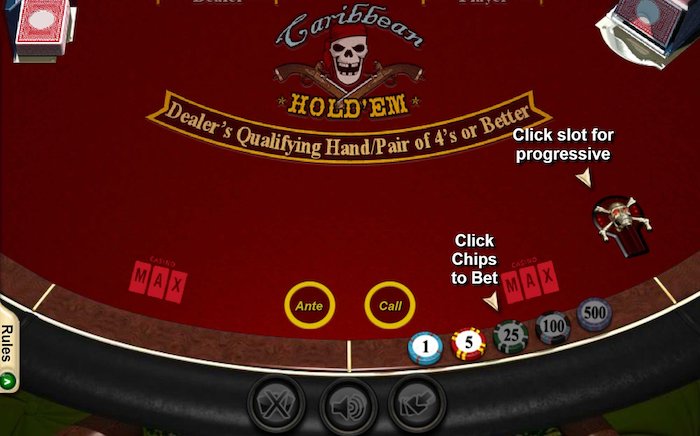 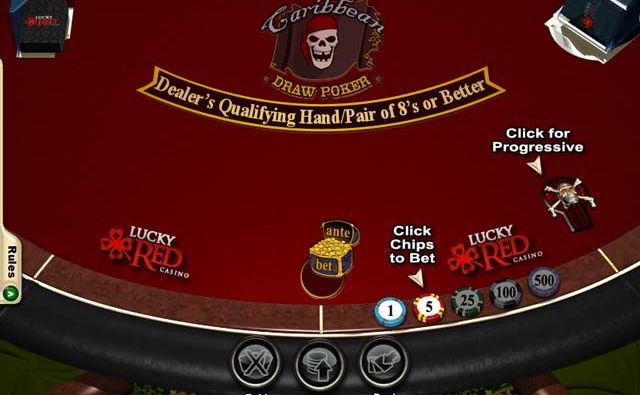 So now that you know the types of Carribean poker available to play, and the winning hands, let’s check out the rules.

To enter the action for the round, players make an initial bet, known as the ante.

Players receive a hand of five cards, dealt face down on the table.

The dealer deals themselves a five-card hand with one card showing face up.

Players can check out their own hand and decide whether to place an additional bet, on top of the initial ante, or fold.

The dealer checks their cards, and either opens their hand or the game ends there.

If the dealer is unable to open their hand, the player is paid out 1-1 on their original ante and has their extra bet returned to them as a push.

If the dealer does open their hand, the game becomes a showdown between the players hand and the dealers.

If the dealer has the stronger hand, the player loses their stake.

That’s the basic structure for a round of Carribean Stud Poker. We will now take a look at the betting opportunities and returns that come from putting together a winning hand.

The best betting opportunity for Carribean Poker comes from putting together a rare hand and receiving a return on the additional bet made after the ante.

Every game has its own payout table, but a typical return for a winning hand looks like:

So what kind of playing style and approach is the best way to bet on Carribean Poker?

If you’re looking to play with the highest chance of winning, avoid the progressive bet in Carribean Poker. It might produce a big payout from time to time, but it’s not a good idea to play regularly.

When you see your hand, if you have at least a pair, be sure to stay in the game. Make the extra bet and face the dealer’s hand, even if your pair is a low-value hand.

The very best Carribean Poker experiences are waiting online for you to enjoy right away. Why not check out these top UK Casinos waiting to offer you free bonuses to get started?

What is Caribbean stud poker?

Caribbean stud poker is a version of one of the classic poker variants which is called the 5-card stud.

How to minimize losses when playing Caribbean stud poker?

Try to avoid the Progressive bet – it has a house edge of 26%.

What is the house edge at Caribbean Stud poker?

Most of the times the Caribbean stud poker has a house edge of around 5.2%.

What is the most popular Caribbean stud poker strategy?

One of the best Caribbean poker strategy is to raise the hand if you have been dealt a pair of higher. Always try to lower the casino’s house edge in order to win big.
FILTER